Steiner’s suite (written score here) is clearly patched together from various melodies in the film Casablanca, including the Nazi drinking song “Die Wacht am Rhein” (Schneckenburger/Wilhelm, 1853); “La Marseillaise” (de Lisle, 1792); and, of course, “As Time Goes By” (Herman Hupfeld, 1931). And is that a little of Steiner’s own King Kong? The Warner Bros Pictures music theme at the beginning is entirely Steiner’s composition. 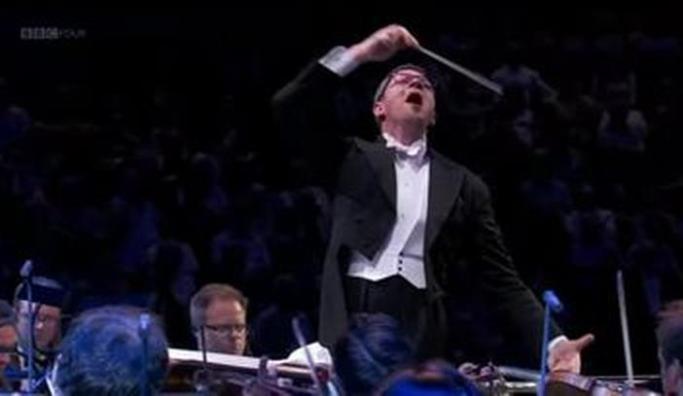 I feel a raging, yearning, unchaste tenderness for my beloved John Wilson when he conducts schmaltzy pieces like this, which sort of makes up, as I say, for the times his fatuous pronouncements exasperate me. Above John: Steiner’s Casablanca Suite.

Click here to see John in action with The JWO in 2013.

2 thoughts on “Casablanca Suite Composed and Orchestrated by Max Steiner, Played by The John Wilson Orchestra and Conducted by My Beloved John Wilson, 2013”