I’m still finding it mighty strange that John was born on the same day as my father’s final birthday, in 1972—on the 25th of May, which would make them both Geminis—but somehow it starts to make sense: There’s John of the BBC and Eric Coates and Ralph Vaughan Williams and the tra-la-boomy-boom that makes up English music; and then there’s John of the big-shouldered swaggering sweating bombastic vibrant American tune book. One (when he plays it well) makes me want to cook him a nice lamb stew with pearl onions swimming in the rich gravy; the other (again, when he plays it well, which is almost always) makes me want to—well, I was in The Business, you know, use your imagination. 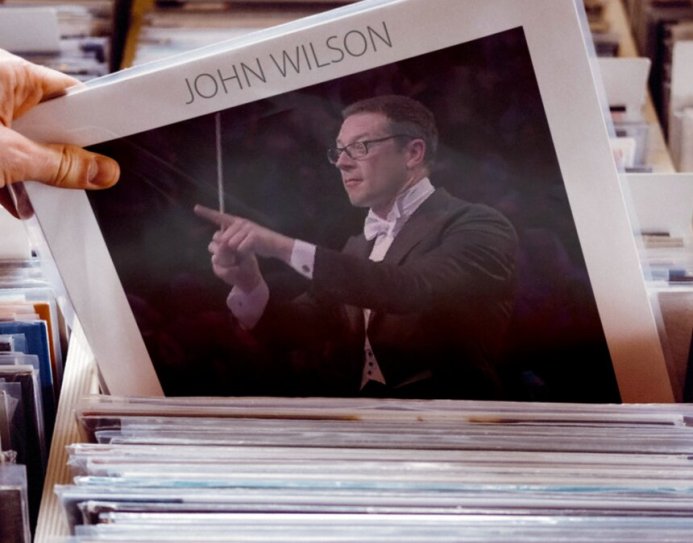 Low Fell Lad Makes Good. Above: the Arlen-Kohler standard “Get Happy” was was written for Ruth Etting but popularized by Judy Garland in the film, Summer Stock (MGM, 1951).

Only don’t be too sure which is which. Like I said, John almost always plays the music of his own country and heritage well, with a deep feeling that’s irresistible; whereas when he works out the great American tunes it turns out more often to be hit-and-miss, with many many many more misses than hits.

But oh! When he does hit!

When bonny John and his orchestra play “Get Happy” or “The Trolley Song” or “June Is Bustin’ Out All Over” or the MGM Jubilee Overture—or the absolute best of the lot, “Slaughter On Tenth Avenue“—it’s total heaven, and I’m not the only one to say this. Subtlety is not this lad’s forte when it comes to the American popular repertoire. But when John goes big, bright, busy and loud when the number actually calls for it, screams out for it, it’s so damn satisfying when he does it and does it brilliantly that I want to—how can I put this?—do something for my darling in gratitude…make him a nice meal…fatten him up a little… (Ess, kind, ess!)

For right now, though, I’ll settle for a natter on a quiet afternoon, rather not in London, maybe when you get up to Gateshead again, back to The Angel of the North…

8 thoughts on “At the End of the Year 2018: While I Still Have Conductor John Wilson In My Head”