Everything I want to sing to you, John Wilson, Conductor, flame of my heart, my bonny, my love. The most beautiful song ever written (verse starts at 48:50), sung in the classiest concert of The Great American Songbook ever televised, Broadway Originals (PBS, 1993) available here on my YT channel, played by the Boston Pops and conducted by the sweetest musical theater restorer-preservationist who ever lived, John McGlinn, who discovered Kern’s “lost” score and died far too young at 55. Hosted by the most glamorous hostess on the Eastern Seaboard, Kitty Carlisle Hart (here warbling to Allan Jones in A Night at the Opera). Orchestration of this Jerome Kern classic by Robert Russell Bennett. Milton Babbitt, that champion of musical theater and Stephen Sondheim’s teacher, wrote an illuminating tonal analysis of this song; Sondheim talks about it here. 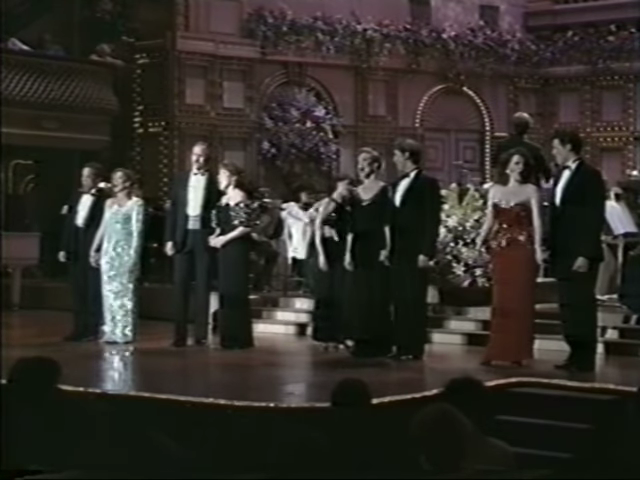 Above the cast of Broadway Originals: “All the Things You Are” sung by all. And here’s the complete audio recording of this concert.

2 thoughts on “A Great American Songbook Song for My Beloved John Wilson, Conductor: “All the Things You Are” by Jerome Kern & Oscar Hammerstein II from Very Warm for May (1939)”