I started collecting these Moments after getting right annoyed, not when I first heard my beloved Geordie lad John Wilson cheerfully dismissing Oscar Hammerstein II‘s lyrics as being “needless”, not after the 2010 BBC Proms (an R+H tribute) or even the 2017 BBC Proms (Okla-freakin-homa! for God’s sake), but later on when I read about John in Brighton trying to conduct a sing-along with his concert audience in “You’ll Never Walk Alone” the way Liverpool soccer club fans like to sing it when they’re winning—a song cue I HATE HATE HATE and would like to strangle the group responsible, Gerry and the Pacemakers, for. 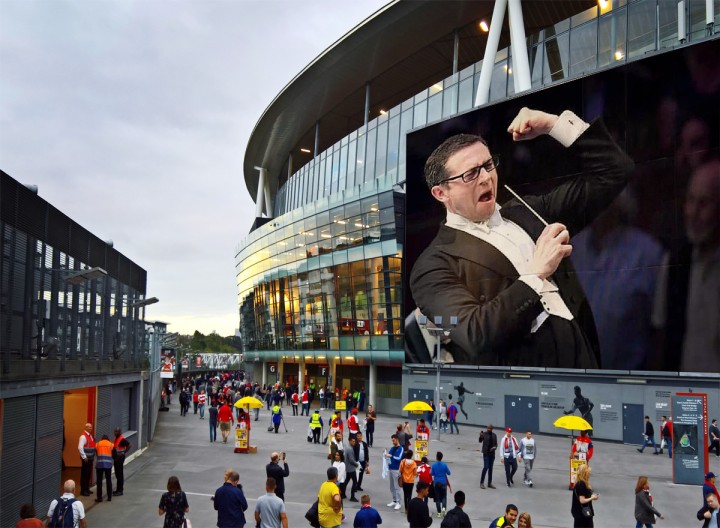 The rule for bringing up a Rodgers & Hammerstein song in a Moment is simple: You sing it spontaneously—knowing the words and understanding and conveying its sentimental message—at the right moment. You have to read the moment, John. In the Jack Benny scene the humor is clear because everybody knows the words to “Getting to Know You” and everybody knows about Jack’s musical vanity vs his excessive courtliness toward pretty talented women; in the Cheers scene, Diane’s song cue is truly meant to comfort and inspire, and so makes for a genuine moment for everybody; in 3rd Rock, well, “Oklahoma!” is just the ultimate rouser. You don’t even have to sing it well. (So a much better sing-along song actually.)

So it kind of heartens me, John, that you won’t be going back to mangling The Great American Songbook for awhile. Here’s hoping you take a long vacation in Bermuda, my Tyneside darling. Get a tan, get laid. When you come back, commit yourself to the orchestral repertoire you do best. Remember, I’m still listening…and I think you know why.

One thought on “John Wilson and Rodgers & Hammerstein”