On the 12th of September, 2019 my beloved John Wilson appeared at the Koncerthuset in Copenhagen conducting the Danish National Symphony Orchestra, starting off with cellist Andreas Brantelid performing the Saint-Saëns concerto, and finishing off the evening with Holst’s The Planets, which John has perfected to his satisfaction, conducting as he did in 2013 the National Youth Orchestra of Great Britain in Leeds in 4 of the 7 Planets.

Here’s the Goddess’s chosen one, Jacqueline du Pré, playing the concerto with the New Philharmonia Orchestra, her husband Daniel Barenboim at the podium. In the time they had, they did not squander the gift that was given to them to make music together. 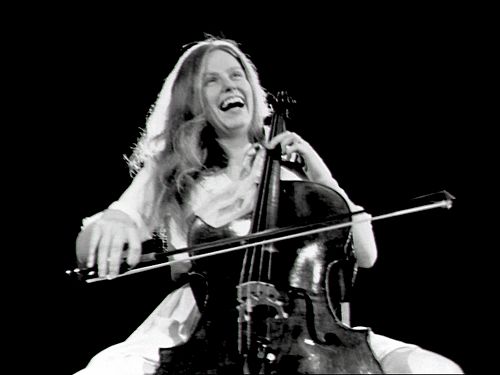 One thought on “Camille Saint-Saëns Cello Concerto No 1 in A-minor, Performed by Jacqueline du Pré and Conducted by Daniel Barenboim”