Sophia Loren is so incredibly sexy just singing this bouncy love duet she sexes up whoever she sings it with. Even blogy old Sellers…

No idea what musical category to put this under, maybe I’ll make up a new one. 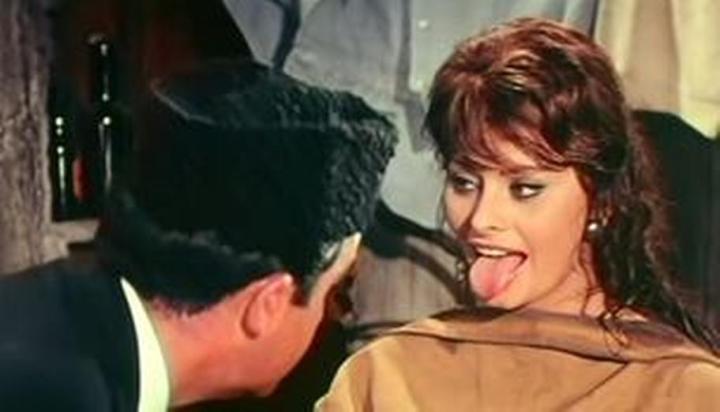 Peter Sellers and Sophia Loren in The Millionairess (20th Century Fox, 1960) available here in its entirety. By the way, as an Asian-American, I have no problem with Peter Sellers playing a Muslim Indian doctor—or Anthony Quinn playing a Filipino war hero, for that matter. (If you’re looking for the BBC-TV show Goodness Gracious Me, here’s the pub sketch to start you off…)