Now, on the second anniversary of The Day I Fell In Love With John Wilson, what should I stumble on but this vid of a concert with Ravel which my beloved conducted at the Royal College of Music (where he attended 1990-94). 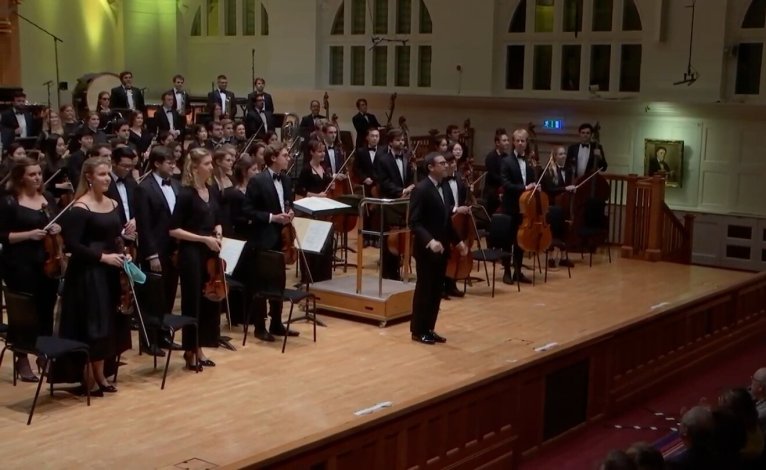 Maurice Ravel described his work, written in 1919: “Through whirling clouds, waltzing couples may be faintly distinguished. The clouds gradually scatter: one sees at letter A an immense hall peopled with a whirling crowd. The scene is gradually illuminated. The light of the chandeliers bursts forth at the fortissimo letter B. Set in an imperial court, about 1855.” In the accompanying podcast bonny John asserted that “La valse” is about social disintegration. Another reason for me to get into his head. Above: Audio of the entire piece.