Before I go into more of my bonny’s musical missteps that have done their part to perturb me to no end, I think it’s only fair to first share the best clips available of John Wilson’s own 24-year-old orchestra—cannily named, as I have mentioned, The John Wilson Orchestra—which, out of over 200(!) on YT in ten years, come down to really only about 4, maybe 5 of these “best clips” between 2009-2019.

This is from their 2012 show The Broadway Sound (@43:50) at the BBC Proms in the Royal Albert Hall in London, which seats 5200, with standing room for 1300 on the ground floor (tickets for which go for only 6L and for which people camp out overnight at the box office like it was Winterland). This is pertinent, because it seems like The JWO only does its best work when it can blast the roof off a barn. 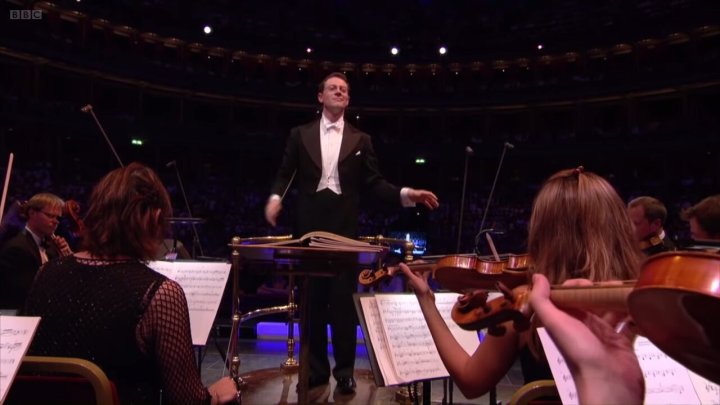 John my love, if conducting this incredibly hot number (audio here; video on my YT channel here) didn’t get you laid that night, I worry about your generation. Above John: The audio recording of the complete show, The Broadway Sound.

I had the old Ben Bagley recording and the 1983 Broadway revival recording (conducted by John Mauceri) of the Rodgers & Hart show On Your Toes—which of course includes the climactic ballet “Slaughter on Tenth Avenue”—but both producer Bagley as well as musical theater preservationist Mauceri put on disc the 1936 Robert Russell Bennett orchestration rather than the 1954 one by Don Walker. Our John, being John (I’m starting to get into his “ear”), chose the Walker score to play in the Royal Albert—which of course makes the most of those two “false” endings—and for once he was entirely correct.

2 thoughts on “John Wilson and The John Wilson Orchestra at the BBC Proms, the Royal Albert Hall, 27 August 2012: The Complete Concert of The Broadway Sound Including “Slaughter On Tenth Avenue””