That snooty critic fart Andrew Sarris once mock-praised my old boss Rouben Mamoulian for his early cinema innovations that never quite caught on. Hah! When’s the last time you were so proud of your old boss’s work you wanted to make sure the world never forgot it? So—here’s the most audacious musical film sequence ever directed, which magically links up the movie’s two singing stars Maurice Chevalier and Jeannette MacDonald: 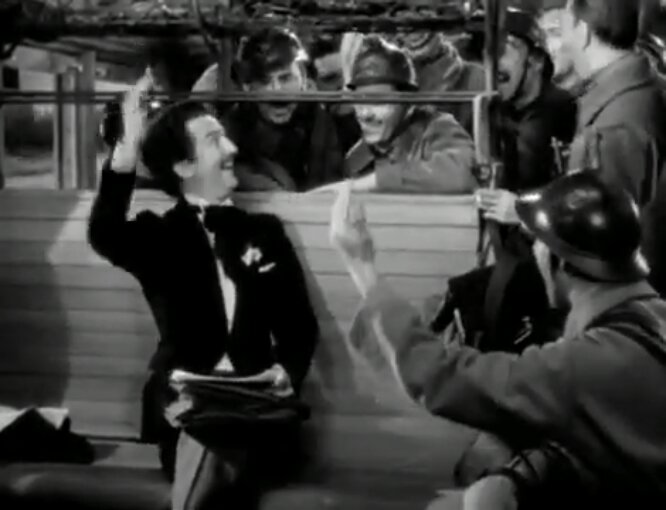 Above the music master and Ruritanian soldiers: Ella Fitzgerald sings this Richard Rodgers+Lorenz Hart perennial, which was scaled down from its operetta length for inclusion in The Great American Songbook.

And if you’re still in doubt about Mamoulian’s genius, check out this opening scene which I uploaded especially for my bonny John Wilson for the beat:

If I had seen Love Me Tonight before I went to work for The Old Man I would’ve been more patient with him. But I was only 23.

The entire film Love Me Tonight is available on my YT channel here.

5 thoughts on “Directed by My Old Boss, Rouben Mamoulian: Love Me Tonight (Paramount, 1932) Just for My Beloved Conductor John Wilson”