This date was set about 10 months ago, just before the current pandemic took hold, and it looks like this program, entitled “Letters from America”, will be John’s first public performance of 2021. In April 2019 John conducted Samuel Barber’s Violin Concerto with the same soloist as in this concert, James Ehnes; and last February he conducted Barber’s Essay No. 1 (part of the melodic basis of King Crimson’s first hit). This concert features Barber’s Overture to The School for Scandal.

However, Kurt Weill’s Violin Concerto (1924) is a revelation and a joy. “I am working on a concerto for violin and wind orchestra that I hope to finish within two or three weeks,” Weill wrote of this composition. “The work is inspired by the idea—one never carried out before—of juxtaposing a single violin with a chorus of winds.” The accompaniment includes percussion and string basses, in addition to woodwinds and brass. Below is Weill’s concerto played by the LSO.

Above John during the pandemic before his haircut and shave: Weill’s concerto played by the LSO with Hermann Scherchen conducting.

Except for my End of the Year wrap-up, this will be the last original posting concerning my beloved John Wilson until 2021. Those of you who know exactly where we reside in the US will understand when I say there’s been a lot of scary racial conflict going on here, which has now escalated to a degree that I now worry not only for own my safety, but for Mister Grumble’s (who as you might know is 74 and blind). So I may have my hands full for awhile. (Anyone who cares to, message me on FB and I’ll tell you all about it.)

Listen carefully to this 1938 piece by American composer Samuel Barber and you’ll hear the stirrings and inspiration for English progressive rock group King Crimson’s classic “In the Court of the Crimson King”. 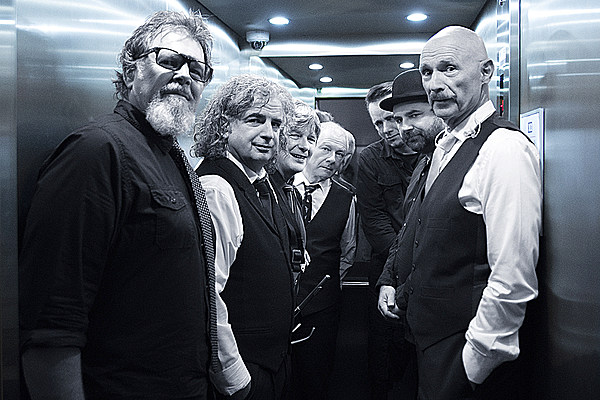 As part of the 50th anniversary of their founding (in October 1969) King Crimson will be touring the States with members of Frank Zappa’s band through summer 2020. Above: Leonard Slatkin and the St Louis Symphony perform Barber’s Essay No 1 Op 12.

My beloved John Wilson will be conducting the Barber piece, along with Korngold’s Violin Concerto in D Major and Elgar’s Sketches for Symphony No 3 at the Royal Festival Hall on Thursday, 27 February. And in January 2021 he’ll be conducting the London Symphony Orchestra in Copland, Weill and Samuel Barber’s The School for Scandal Overture.

If I hadn’t fallen so fierce hard for Geordie-born-and-bred John Wilson, Conductor I’d never have been delving into All Things Gateshead and I never would have stumbled onto a bootleg recording of this show by English progressive rock group The Police, which was the very show Mister Grumble and I missed in New York when we were just setting up household and I was heavily pregnant. Great music, great energy, and the sound is impeccable. 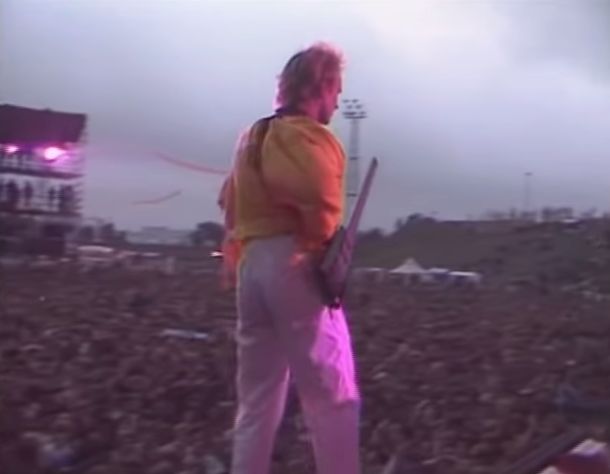 It was touching to catch a (private?) glance at Sting—another Geordie, by the way—crossing himself before taking the stage. Above Sting: The entire audio of the concert.

For more on The Police’s drummer, go to my posting below, “The Equalizer Theme by Stewart Copeland“.

Mister Grumble, who’s of an age and knows everything about English Progressive Rock, had no idea this piece existed. (He attributes it to having been distracted at the time of the 1969 concert, getting out of the US Army as he did, after spending 13 months overseas.) So when I played the live recording for him for the first time on Sunday he went to the moon. 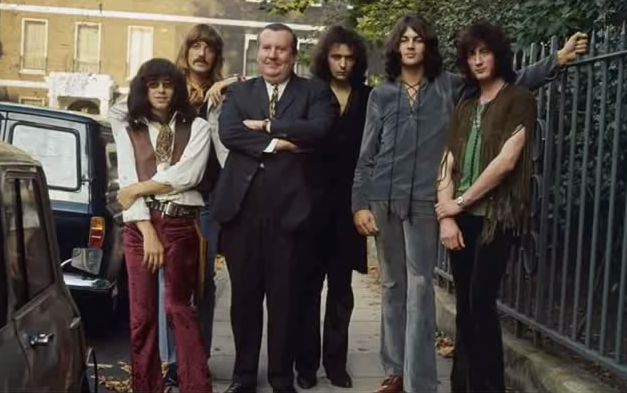 The Concerto for Group and Orchestra was composed Jon Lord, lyrics by Ian Gillan. It was first performed by Deep Purple and the RPO conducted by Malcolm Arnold on 24 September; the record came out that December. The performance at the Royal Albert Hall was the first ever combination of rock music and a complete orchestra and paved the way for other rock/orchestra performances.

From Who I Am: A Memoir by English progressive rock band The Who’s Pete Townshend (Harper, 2012): 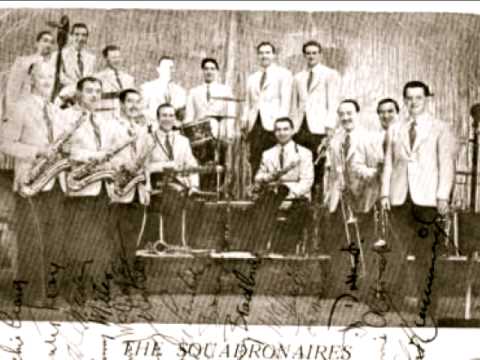 “In 1945 popular music had a serious purpose: to defy postwar depression and revitalize the romantic and hopeful aspirations of an exhausted people. My infancy was steeped in awareness of the mystery and romance of my father’s music, which was so important to him and Mum that it seemed the centre of the universe. There was laughter and optimism: the war was over. The music Dad played was called Swing. It was what people wanted to hear. I was there. …”

“As the son of a clarinettist and saxophonist in the Squadronaires, the prototypical British Swing band, I had been nourished by my love for that music, a love I would betray for a new passion: rock‘n’roll, the music that came to destroy it.”

With the coolest theme on American TV, The Equalizer introduced Copeland’s stunningly unique sound to the mainstream audience. In keeping with the series’ mash-up concept of “tradition merged with New Age high tech,” Copeland’s musical accompaniment would, one: with the exception of hero Robert McCall himself, forego the Wagnerian structure of identifiable leitmotifs, and instead choose to score the city of New York itself as a primary character; and, two: fuse classical structure with the combo of  “percussion carrying melody and synthesized strings” attached to world rhythms. Copeland’s would be a coldly ethereal yet dense “urban ballet” sound inexorably linked to the modern cityscape. This sound would influence composers such as Hans Zimmer and Thomas Newman. 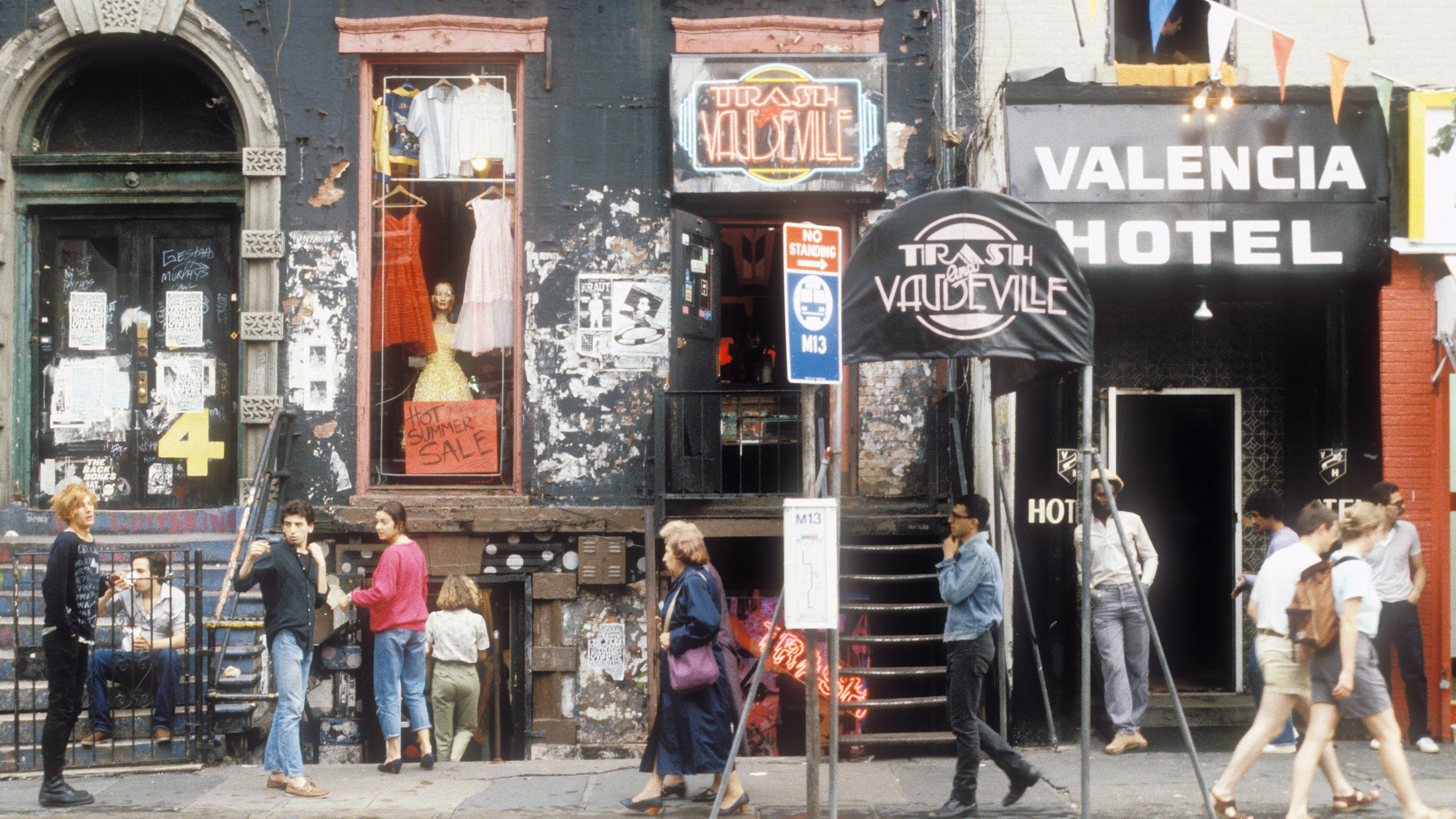 They shot several episodes in my old neighborhood, the East Village, at great risk to star Woodward (two heart attacks and once he fell through a roof).

Copeland was born in 1952. The son of CIA officer Miles Copeland, Jr (who appears as a character in Norman Mailer’s epic spy novel Harlot’s Ghost), he took up the drums at 12, was raised internationally in Cairo, Beirut, the US and England; and throughout the 1970s alternately worked as road manager and backup drummer for various groups until founding in 1977, along with Sting and Henry Padovani (later replaced by Andy Summers), the English progressive rock band The Police. After The Police went on extended hiatus in 1986, the drummer with a composer’s sensibilities dove headlong into scoring—to this day, one of his most notable works is as musical voice of The Equalizer, on which he composed 51 of 88 total episodes of the series.

Free pdf of my memoir re the Gyllenhaals A POET FROM HOLLYWOOD here.
Free epub of my 2014 Hollywod-based comedy mystery COLD OPEN here.
Free pdf of my book JOHN WILSON: AN ENGLISH CONDUCTOR here.