25 May, 2019. This afternoon someone in Glyndebourne will be cutting my beloved John Wilson’s cake into tiny little slices, and so I wish them all well at the gathering. 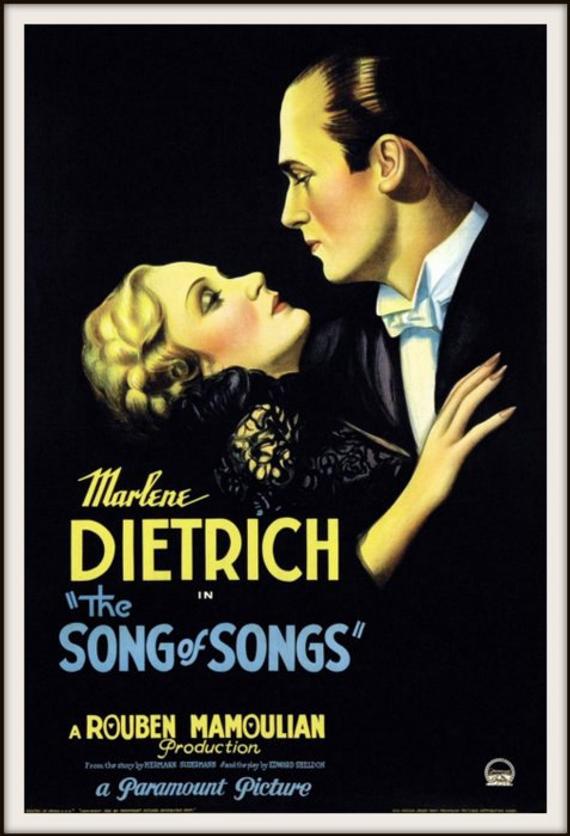 La Dietrich inspires a handsome young English orchestra conductor to artistic heights with her transfiguring and deeply sexual love in this erotically frank Pre-Code movie from Paramount. If only you understood dirty German, my bonny…

A special shout-out to my old boss Rouben Mamoulian, who once told me, “Love with style, but also with a little sadness for the suffering involved.”

The entire film The Song of Songs is available on my YT channel here.

Above: Rachmaninoff’s entire Piano Concerto No. 2, played by Australian pianist Eileen Joyce in the famous ending of Brief Encounter.

From Jeremy Paxman’s 1998 The English: A Portrait of a People:

Take David Lean’s 1945 tale of forbidden love, Brief Encounter. The couple meet in the tearoom of a railway station, where she is waiting for the steam train home after a day’s shopping. A speck of coal dirt gets caught in her eye and, without a word of introduction, the gallant local doctor steps forward and removes it. The following eighty minutes of this beautifully written movie depict their deepening love and guilt each feels about it. …

As Rachmaninov’s Second Piano Concerto comes and goes in the background, their affair unfolds, measured out in cups of tea in the waiting room of Milford station. … Being English, Celia Johnson feels no animosity towards her husband, whom she considers “kindly and unemotional”. Trevor Howard, equally trapped in a dry marriage, also expresses no hostility towards his wife and children. But the two of them are in the force of a passion they can hardly control. “We must be sensible,” is the constant refrain. “If we control ourselves, there’s still time.” In the end, despite all the protestations of undying devotion, the romance remains unconsummated…

What does this most popular of English films tell us about the English?

The entire film Brief Encounter is available on my YT channel here.

Free pdf of my memoir re the Gyllenhaals A POET FROM HOLLYWOOD here.
Free epub of my 2014 Hollywood-based comedy mystery COLD OPEN here.
Free pdf of my book JOHN WILSON: AN ENGLISH CONDUCTOR here.