The concert is available in video streamcast on demand here. 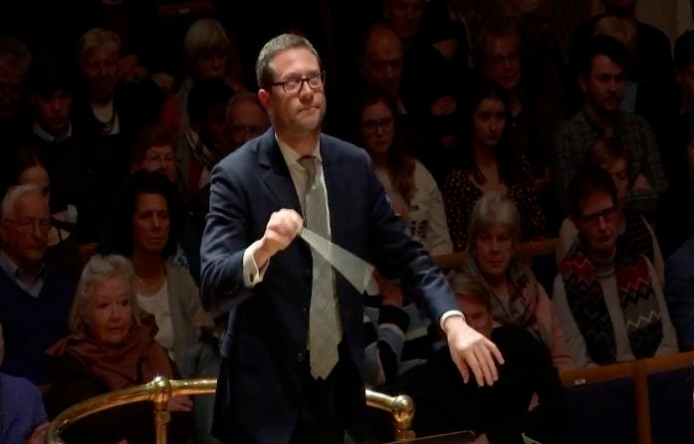 Above John: Valery Gergiev conducts the Mariinsky Orchestra in Pyotr Illich Tchaikovsky’s Symphony No 6, 1995. Most of the “Pathétique” was quite nice, actually. If I had the key, John, there’d be homemade soup on the stove when you got home.

Just a couple things concerning John’s ever-evolving technique. Noticed that in the Tchaikovsky, in the Allegro con grazia he put down his baton in order to use both hands in shaping the sound, which worked just fine and made the second movement the most effective movement of the symphony. In the third movement, that young percussionist played the cymbals with more reverberation, making a less snappy sound—on time, but eliciting a very visible reaction from their conductor. In fact, it was enough to prompt my bonny at the end of the movement to take the kerchief to wipe his face out of his pocket with a decided snap, as well as to turn the score page with a snap equally as audible—a discernable message—before taking a moment to humbly submit to the music and end the concert with a satisfying fourth.